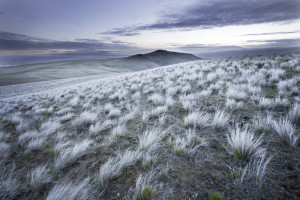 Washington State is a beautiful place.  For years, I worked there as an archaeologist for the Yakama Nation, a Native American group.  Their reservation extends from the crest of the Cascade Mountains down into the relatively low-lying sagebrush terrain along the Yakima River.  Historically, their territory covered much more area than that.  To this day they retain by treaty certain rights over those Ceded Lands.

In 1998 I left my job with the Yakama Nation and returned to school.  During my doctoral studies I was occasionally hired during summers to work with them again as an archaeologist and land-use historian.  After earning my degree, I dedicated myself to a career in academe.  Still, I maintained friendships on the reservation.  Those relationships are for life, and I’m glad of it.

In 2012 the tribe decided to reintroduce pronghorn antelope on the reservation.  These animals had existed there for as long as anyone could remember.  However, they had been exterminated, mostly off-reservation and primarily by non-Indian hunters, around the turn of the 20th century.  Reintroducing antelope meant more than just bringing back a traditional food.  It also represented a cultural healing.

I was fortunate enough to be asked to document the reintroduction with my camera.  I rented long “wildlife” lenses and flew to Washington State.  It was my pleasure to work alongside wildlife biologists again—something I did for years during my prior career as a resource management professional.  The reintroduction of antelope was dynamic and very exciting.  There was a midnight drive to Nevada, where the capture was to take place.  That was followed by morning of helicopters with nets, ground crews rushing to secure and calm netted animals, veterinarians checking the antelope for diseases, loading the animals into waiting trailers, the long drive back to the reservation, a traditional welcoming ceremony there by tribal leaders, and, finally, again at midnight, the release of antelope back into their ancestral lands.

Immediately on the heels of that, the tribe hired me for a second photographic project—tracking and documenting the antelope in their new home.  This image was created early one morning when I was riding along with tribal wildlife biologists who were searching for herds of antelope.  Our destination was the summit of Toppenish Ridge.  As it turned out, the antelope weren’t there that morning.  I guess they never received the memo.  Even so, the view of rolling ridges and patterned clumps of bunchgrasses was too good for me to resist.

As dawn light was filling the sky, I took a shooting position very close to the ground.  I wanted to capture the feeling of the swell and rise of the ridges.  They reminded me of long waves on the ocean.  This image is a transitional one in my development as an artist.  One the one hand it is a landscape photograph.  And as such it fits very well with my background in forestry, archaeology, and the early years of my professional photography career.  One the other hand, its elements of line, pattern, form, texture, and light prefigure my fascination with abstraction.